Graduation at the Trade School 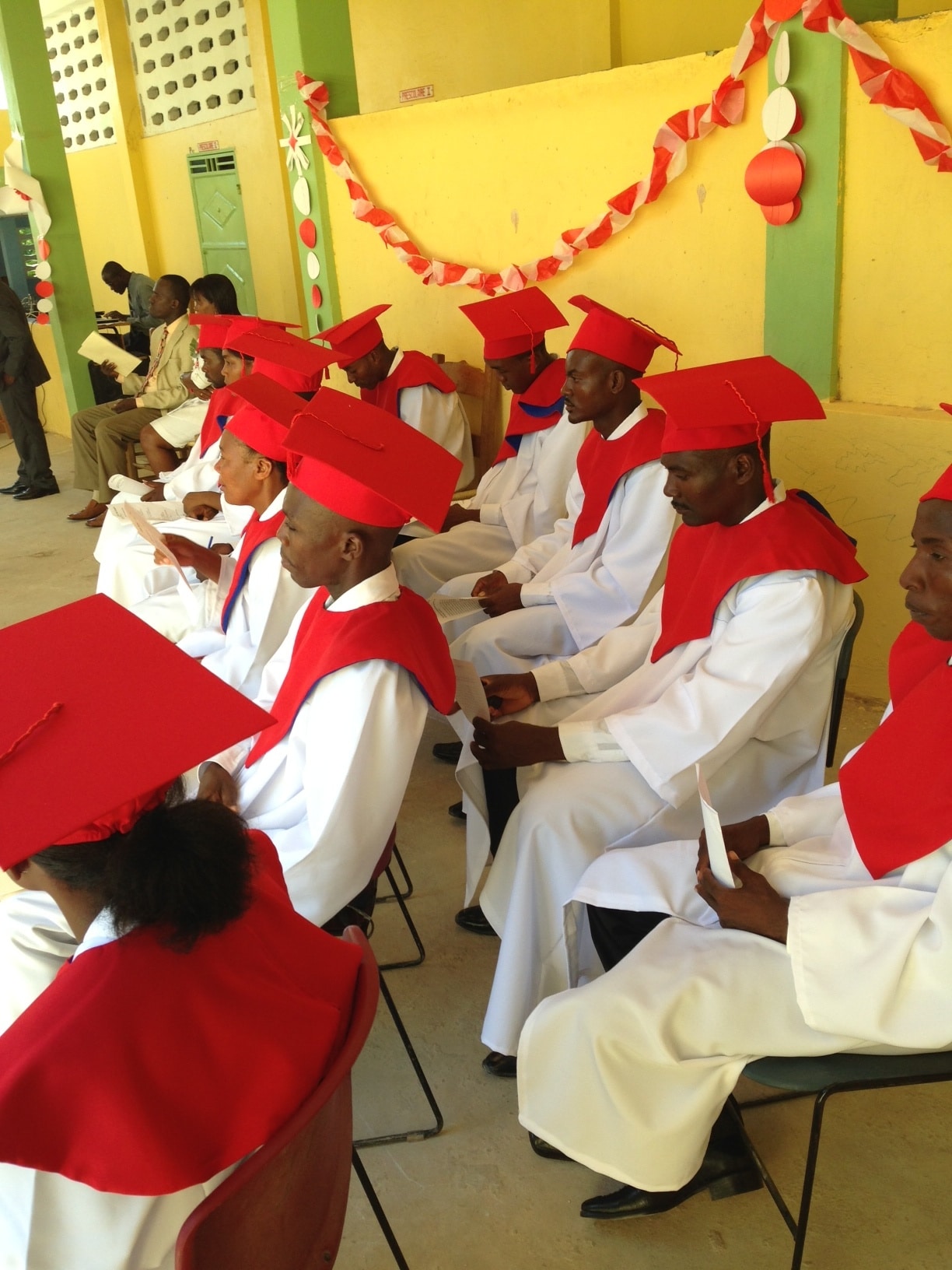 When we began our work in Zorangé 13 years ago, one of the things that we hoped would be part of our efforts was finding a way to help students that may ever graduate from high school, or that may graduate from high school but could never attend a university. And, of course, we hoped to help young professionals who might want to know how to use a computer, or someone who was looking to expand their skill sets.

This summer we witnessed almost all of the above in Zorangé. The trade school, formally know as Centre Professionnel des Orangers (CPO) – Professional Trade Center of Zorangé – performed its first graduation ceremony in computer training. Eleven students (3 women and 8 men) took part in this festive atmosphere, our first graduation at the trade school. Among the graduates was one of our teachers who teaches French literature at our secondary school. He is also studying law on the weekends in Port Au Prince. His name is Dumarsais Carenand. He was the class laureate or valedictorian. Another student was someone who did not have the opportunity to graduate school but is currently working at the school security staff – his name is Obed Adam.

Last, but not least, was Sonnie Adam. Sonnie is our school secretary, but she has been a teacher, our first community health worker, and she has held many more titles since she began with us as our seventh employee 13 years ago. Today we fluctuate between 85 to 90 employees.

One of the best quote I heard at the graduation ceremony was from a prayer that our former national director, Germain Pierre, was doing. I will paraphrase here… he said: I thank you Lord because when you are blessing us you don’t concern with where we live- our geographical positions do not matter.

This brought tears to my eyes. Germain was the one that I began talking with in 1995, five years before we began. He was studying civil engineer in Port Au Prince when I asked him to consider moving to Zorangé to lead our efforts there. When he said “yes” in 2000, people who knew him told him he was crazy for going to Bainet- a forgotten place – to ruin his life. As he walked to the podium on Sunday where the prep work for the graduation was taking place, he said he had tears in his eyes because he was about to see something that people said would never happen here. Second chances to people who had given up hope.

One part of the ceremony was a fashion show where students taking classes in tailoring and designs showed off their talents. Some of these students can barely write their name, yet the school staff is equipped with people that can actually teach all education level. Seeing these students wearing what they made themselves was amazing. One student brings her son to take some notes for her to help her later on. Her exams are taken orally and the teacher writes down the answers for her. This is the type of amazing work the people are doing in their community to move it forward and make it better for the next generation.

I could go on with many more examples.

All of this has been possible because of your partnership. Thank you so much.