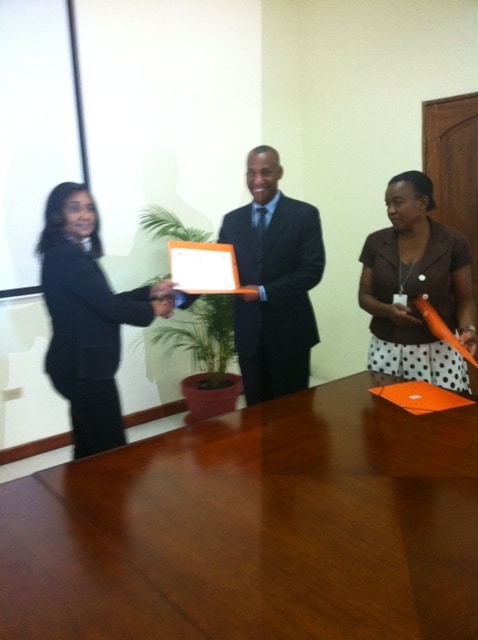 On Friday, September 14, 2012, Hope for Haiti Foundation received a certificate/license as an NGO (nongovernmental organization) in Haiti.  This is one of the biggest milestones in our 12 year history, because of the potential benefits for years to come.

It is estimated that only 10% of NGOs working in Haiti are licensed.

“Estimates of the number of nongovernmental organizations (NGOs) operating in Haiti prior to the earthquake range from 3,000 to as many as 10,000. According to United Nations Special Envoy to Haiti former President Bill Clinton, Haiti had the second highest number of NGOs per capita in the world. The devastating earthquake of January 12, 2010, highlighted the critical role many of these NGOs play in providing essential services in health care, education and job creation.” – from a 2010 United States Institute of Peace report.

We are extremely excited about the implications of Friday’s ceremony. Here are some of the major benefits:

HFHF is officially registered as NGO #538 (of 562) in Haiti. We are one of many NGOs working in Haiti, but one of few licensed NGOs recognized by the Haitian government.

Now our work begins in Haiti, in terms of providing reports and being assessed by the government. We look forward to what the future holds!