In Their Voice: Medical Care in Haiti

If you’ve spent any time around those of us involved with Hope for Haiti Foundation, you’ve probably heard us say, well, a lot of things. Raving about the Haitian coffee. Excessive use of the word “awesome.” And if you’re in Haiti with us, probably a lot of “pa komprann” (which means, “I don’t understand” in Creole :)). But one thing you definitely will have heard us talk about is the enormous need for accessible medical care in Haiti.

It’s hard for us here to imagine life without doctors – not to mention specialized doctors, pharmacies on every corner (and in every Target! Hello, new shoes with each prescription filled!) and cutting edge surgical centers. But for many in rural Haiti, it can take 6 to 12 hours – and a lot of money – just to get to somewhere that can administer medical care, which is often subpar or completely insufficient. And keep in mind that this is not your average 6-to-12-hour trip. The lucky ones with vehicles face a long journey of bumpy, unpaved roads and potential obstacles like swelled rivers (not only is the lack of medical care an issue in and of itself, but the lack of infrastructure complicates everything), but for many, this journey is done on foot, over mountains. Women in labor. People bleeding to death. People with high fevers, headache, diarrhea from infectious disease. WALKING to the doctor. Not only does that sound completely miserable (let’s be honest, last month, I had a simple ear infection and still subjected myself to five hours of “Real Housewives of New Jersey” before I could drag myself off the couch to drive to the doctor. I’m. so. embarrassed.), but it makes emergency response essentially nonexistent. People die senseless deaths everyday from things that we don’t even consider life-threatening here – all because a simple lack of access.

Much of the knowledge we have about the current medical situation in the Bainet city section of Haiti (remember, Bainet is a region in the Sud Est department of Haiti – it’s divided into nine sections, one of which is Zorange) is thanks to a health survey that Lydia and Mahsa did in May 2008 as a research project for their Masters in Public Health degree (not only are we cute, but we’re smart!). 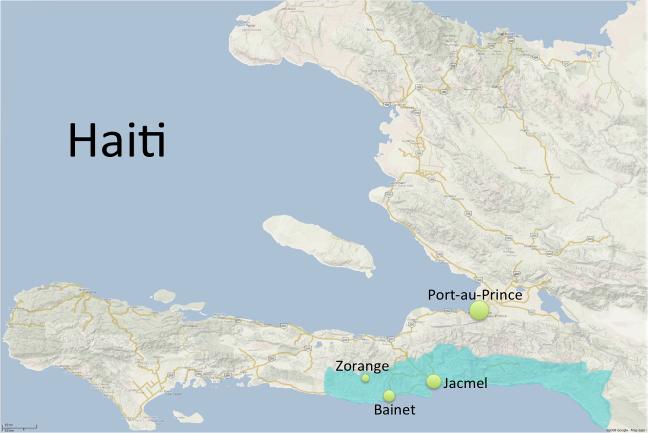 The facts that we learned from these interviews have proved invaluable and guided much of our approach to our medical projects, but it’s the stories that stick in our hearts. As we begin focusing on fundraising for some major medical initiatives, we wanted to share some of the quotes from the interviews with y’all, because, while you’ve probably heard us talk about a lot of stuff, we think it’s always more powerful when told in their voices. These truly paint the picture of the medical situation in Haiti and the challenge people face regarding their health.

“I was walking home my water broke. I went to Petit – Goâve and then after that to the General Hospital and it was closed. I had a friend who took me to a hospital in Caw Foo. It was raining and when I got there the doctor said if you have money you will survive, if you have no money you will not survive. I gave the money, and they bought medicine and gave me an IV. He told me the baby won’t survive and when the baby was born they hit the baby but the baby didn’t cry. The baby was born abnormal. The baby died 5 days after delivery.” (Female, Section 6)

“If someone has complications during labor, we have to create a stretcher to carry that person for 6-7 hours to Bainet by hand. They do not always make it and die on the way.” (Section 4)

“We go to Fonds des Blancs if more serious, but it takes all day to walk (12 hours). We do not go to Jacmel, Bainet because they have nothing there.” (Section 9a)

“When our wives give birth we carry them on our shoulders to give birth and they die. When we arrive at Bainet we have to then go to Jacmel.” (Male, Section 5)

“Sometimes we went so far and when we arrived we did not have medicine for our troubles and it is bad because we used our money and did not receive anything.” (Male, Section 8)

“If you have a serious illness, you will most likely die before you get to the hospital, because the road is bad.” (Section 9a)

“We hear that help is coming but we do not receive the help because where we live is the last corner and what the government gives does not arrive here.” (Male, Section 5)

We also have some awesome quotes about how much the clinic in Zorange is helping, and we’re really excited about some of our recent initiatives like the community health workers program, but we can’t seem to shake the knowledge that there’s still so much more to be done. One thing that came out through the focus groups was the fact that in the entire Bainet city, there isn’t a hospital that can perform a surgery. That’s why we’re so serious about building this hospital – it will give more than 500,000 people access to medical care that simply doesn’t exist for them now. We have the buildings and we have a really exciting plan that our amazing architects put together, and we’re about to get serious about fundraising to make this thing happen (game faces on!). Because, while we hate to make it about money, hospitals ain’t cheap, and we need to raise at least $1 million to make the beginning phases of the plan a reality (cue the early-90s Barenaked Ladies hit “If I Had a Million Dollars”. Or if we really want to dream, fast forward 15 years to “Billionaire”. *sigh* Inflation.). Check back soon for some more details about the hospital (including snazzy 4-D imaging of the plans!) & details on how you can help…we’re excited for you all to dream with us 🙂 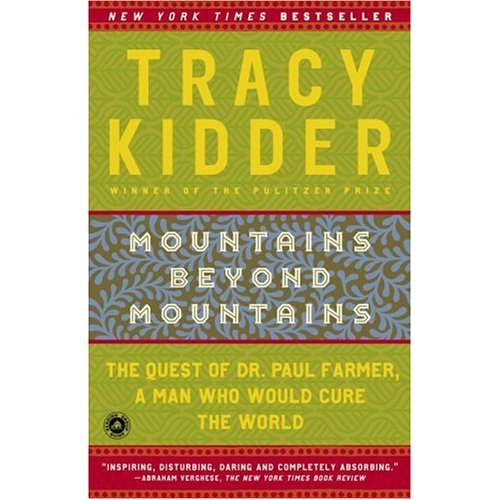 P.S. If you want to learn more about the medical scene in Haiti, we highly recommend reading Mountains Beyond Mountains by Tracy Kidder, about Paul Farmer’s work in Haiti. Paul Farmer is one of the founders of Partners in Health, probably one of the most effective charities working in Haiti right now, and one of the great champions for medical care in developing countries. His work is centralized in the Centre Department but the book does a great job describing the medical challenges the country faces. And while you’re at it, why not put on Arcade Fire’s latest, The Suburbs? They’re strong supporters of PIH, and that CD has been on repeat for weeks. Happy reading & listening!